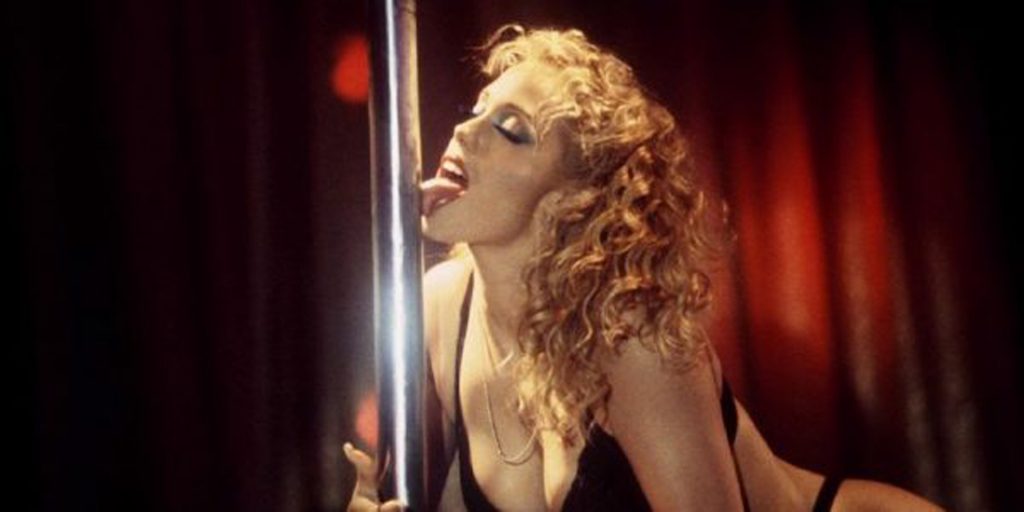 There’s always someone younger and hungrier coming down the stairs after you.

In 1995, Paul Verhoeven stepped up the stage of the Razzie Awards to accept his award for Worst Director. Showgirls, back then his latest film, was both a critical and a box office failure, reviled as the ultimate monument to bad taste: Rotten Tomatoes described it as “Vile, contemptible, garish, and misogynistic”. With the perspective given by time one can affirm that the Razzie turned out to be for the Dutch filmmaker the crowning achievement of a filmography that ––since his arrival in Hollywood in the mid-80’s–– was dedicated to expose the violence and cruelty of power establishments in America. If we take into consideration the strong mark of cynicism and irony that permeates all Verhoeven movies made in Hollywood, this movie is not an exception: it reigns supreme.

To reign in a world of neon-lit swimming pools, slot machines, sleazy rock and sculpted nails is what Nomi Malone (Elizabeth Berkley) ardently wants. She comes from different places and has a past to hide. Hitchhiking by the road, a driver picks her up and takes her to Las Vegas, leading scenery of the film. In there, she makes friends with Molly (Gina Ravera), a hairdresser in Goddess, the musical show starring Stardust Casino’s lead star Cristal Connors (Gina Gershon). Nomi is invited by her friend to watch the show backstage, in which an immediate enmity is set between the star and the young woman that wants her spot: Cristal is proud, seductive and manipulative; Nomi is ambitious, yet also rebellious and impertinent. Cristal becomes obsessed with her and takes Zack (Kyle MacLachlan), her boyfriend and the Casino’s “entertainment director”, to the Cheetah, the strip club in which Nomi dances for a living, so Nomi can perform a lap dance on him. With Cristal’s blessing, Nomi enters the world of Las Vegas big-time shows, where she’ll try to stick to her convictions: “I’m not a whore” is a phrase she’ll deliver many times. The alleged moral superiority and status that come with belonging to a major show seemed to offer will be revealed as illusory, deceitful and deeply harmful for Nomi, pushing her into a degradation of which she can only set herself free by running away.

Showgirls is many things. It was sold as an erotic movie to capitalize on the success of Basic Instinct, the previous hit by the duo conformed by screenwriter Joe Eszterhas (who also wrote Sliver) and director Paul Verhoeven. It’s also a musical, shot with a sumptuousness that channels the greatest titles of the genre that made MGM stand out during the 30’s and 40’s. It also takes the essence of a melodrama: the structure of All About Eve, that masterpiece by Joseph L. Mankiewicz, was the basis to build the conflict between Nomi ––a young woman willing to devour the world–– and Cristal ––a star that begins to feel time is taking its toll––. If we pay attention to their creators, its screenwriter defined it as a moral story, and it’s evident. Twenty-two years before the sexual abuse accusations against Harvey Weinstein took place, Showgirls showed a world in which a reduced group of powerful men control an entertainment industry in which women are forced to offer sexual favors in exchange for career advancement and in which raping incidents multiply with total impunity. Finally, Showgirls is a cutting satire of the success story. The typical story of a talented girl from the wrong side of the tracks that travels to the big city running away from a less than encouraging past and finds fame, money and love doing what she always dreamed to do is now turned upside down. Nomi finds out that her dancing skills are a minimum part of what implies to materialize a dream in show business. Her past associated with prostitution and narcotics isn’t nobler or less shameful than what she needs to do to get the part that she wants. The price of success is selling her dignity and her soul, to accept selling her body as a sexual object to grow as an artist and enter in a destructive and disloyal competence with Cristal.

Showgirls is not a perfect film. The excess, the decisive bet on the sleazy combined with the sumptuousness and virtuosity of the dance sequences and the camera movements, is a clear and unarguable decision on Verhoeven’s part. In that comparison between the elegance proper of a Hollywood classical musical and the ostentation of neon colors is where the director finds one of the most attractive elements of the film. It’s in the casting where one can find the most detrimental asymmetries. Elizabeth Berkley’s performance, especially when compared to Gina Ravera’s Molly (realist, warm, relatable), is of an exaggeration that without a doubt responds to the frenzied nature pursued by Verhoeven, but it doesn’t allow interactions between two people that are friends feel like, well, an interaction between two people that are friends. Berkley does too much all the time; the usual reaction provoked by her first scenes is a mixture between a laughter of disbelief and an arching of the eyebrows. Not to mention when she shares scenes with Glenn Plummer’s character, which bear the closest resemblance to A Good Day I have ever seen on an American feature. However, something in Berkley’s performance seems to work. In the second half of the film (the heaviest, dramatically speaking, with the terrible and shocking rape scene) the plot transforms her into a heroine and the only one capable of escaping a vicious circle of abuse, unbridled ambition and competition. The final scene between Berkley and Gina Gershon (one of the casting choices that actually is brilliant), closes with a kiss that is all about sublimation and comprehension, one of the things that anyone who calls this a bad movie should reconsider. In the end, Showgirls is a story of seduction and reconciliation between two women, both of whom an industry dominated by male power taught them to hate on each other.

It’s not surprising that the last thing we see in this film is a freeway with a signpost that leads to Los Angeles: to take Nomi to Tinseltown was exactly in the plans of Eszterhas and Verhoeven for a possible sequel. Nomi, alone and anonymous, continues her exodus across the entertainment industry. But now she knows she’s capable of everything.

I come from a place

of which it’s better not to talk about 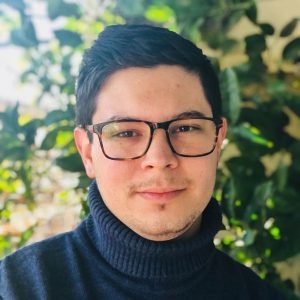 PrevAnterior#ASLSTARWARS | Episode I | A movie
SiguienteThings I promised not to tell | Billy Wilder’s “Fedora”: A bittersweet decadenceNext 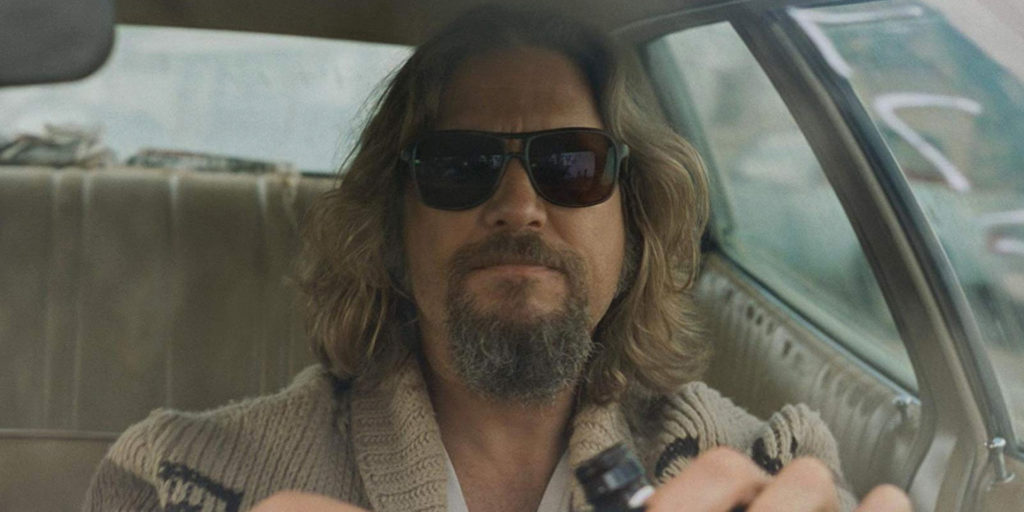