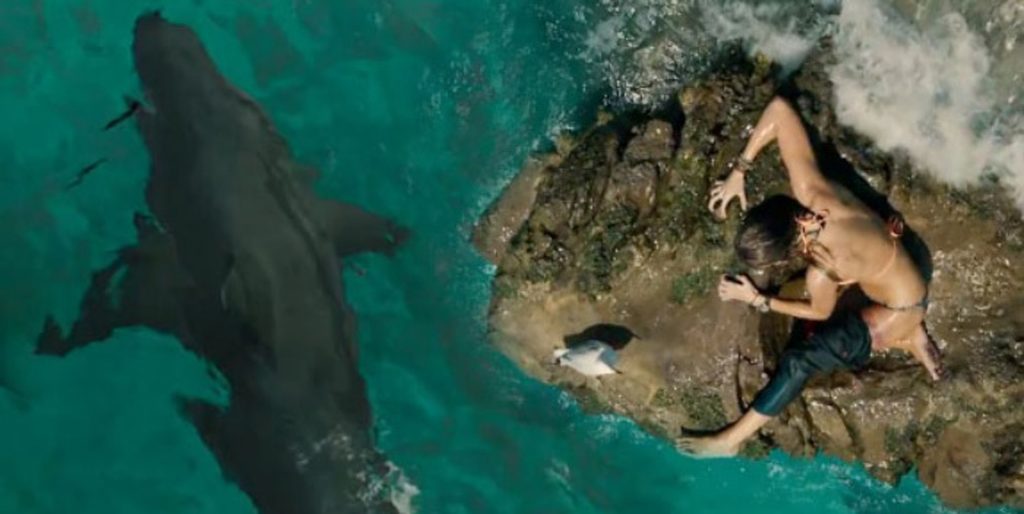 Escorted by the peace of a Hawaiian song (Open Water should be more appreciated in the memory of soundtracks), Susan gives herself, on her own terms, to the pack of sharks that has her surrounded. If her husband’s death was much more desperate, almost hysterical, hers is determined and in her law. Susan knows that her last seconds of life have arrived and she is willing to live them. She shakes off her oxygen tubes and scuba gear and plunges into the water until she disappears, either to give herself to the ripping jaws of the beasts or to fight them. We will not know: like the sea, the end is open. Like the sea, cinema is immense.

In horror movies, women are usually right and men usually don’t believe them. Especially in ghost movies. I remember that it always irritated me when a guy replied to his wife “it must have been the wind” in the face of her concern to see chairs flying, shadows of horns sliding down the walls, blood gushing from the drains and children’s choirs singing at three in the morning. It’s not the wind! But what bothered me the most was the man’s attitude: she’s his partner, he could believe her and leave it at that.

Some of these matrimonial tensions try to be settled in Open Water. Vacations as an illusion of reunion, of time of union and privacy, turn into the worst of coexistence, in the most threatening of isolations. Susan and Daniel argue like a couple of many years, they forget the context in which they find themselves (alone in the middle of the sea and surrounded by sea monsters), and once again the friendly music works as an evil separator of the discord.

Open Water has a title that identifies it perfectly. Its economy of narrative and production resources is so wide that it can cover everything: it can deal with marriage, boredom, the horror film of the seventies thought from the emerging digital of 2000, and even mourning, without losing tension, grace and being at the same time one of the tensest exponents of squalor cinema. As in the best stories, each small gesture can express a lot; each idea, like blood in the sea, can spread to unexpected territories of fiction. Open Water is a great small movie about a great girl, desperately alive, who decides to keep her last moment just for herself, off screen and in the water.

In The Shallows, on the other hand, it is the first moments that condense, with a beachy nonchalance, the conflicts and strengths of the character that Blake Lively embodies with a surfer’s mastery. Those initial minutes do not seem so relevant, but they establish such identification and empathy with the main character that they enable us to experience the rest of the film (pure action and movement) with extreme tension, not only because of Jaume Collet Serra’s narrative skill, but also because of the fanatical identification with Lively (great and appropriate last name).

On her way to the beach to go surfing, Nancy (BL) chats with her hungover friend who stood her up, while talking to the native driver who accompanies her, a charming Óscar Jaenada (the so hot right now Luisito Rey), who warns her to look up from the phone: he points out that there everything is worth looking at and experiencing. He also tells her (in a joke that she can’t understand due to the language barrier) that she is headstrong, which she later will prove in a hand-to-hand battle with a great white shark. When they reach their destination, she points to an island and tells Rey “it looks like a pregnant woman”; he replies that there is nothing to see, and perhaps it is true that they are not similar, but it is enough for Nancy to say “it seems so to me” so that, from there, we will see everything through her eyes.

Collet Serra begins his story with a character who is going to rediscover her desire to live on what used to be her mother’s favorite beach, now deceased. In just minutes we also learn that she wants to drop her career and that it weighs her down to connect with her father. All this is set to music with “El lado más bestia de la vida”, the Spanish version of “Walk on the Wild Side” (Lou Reed) by Albert Plá, a not at all random choice of a song about drive and vitality. How can we not, then, experience Nancy’s bloody fight against the toothed beast with such intensity? If we know that in addition to the body and the continuation of this enormous woman in the world, duels are fought, healing of more than one wound, losses and, finally, the ability to move forward.

If someone says that genre filmmaking is superficial, surely they have not seen these two films, as deep and with so many hidden treasures as only the bottom of the sea can contain. Condensed action movies and expansive emotions, which were born small but became super powerful. 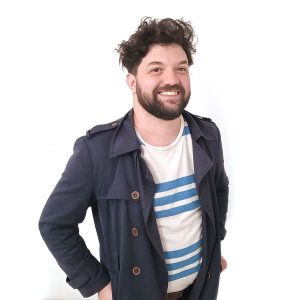