#ASLTARANTINO | Introduction | The man who built his own myth 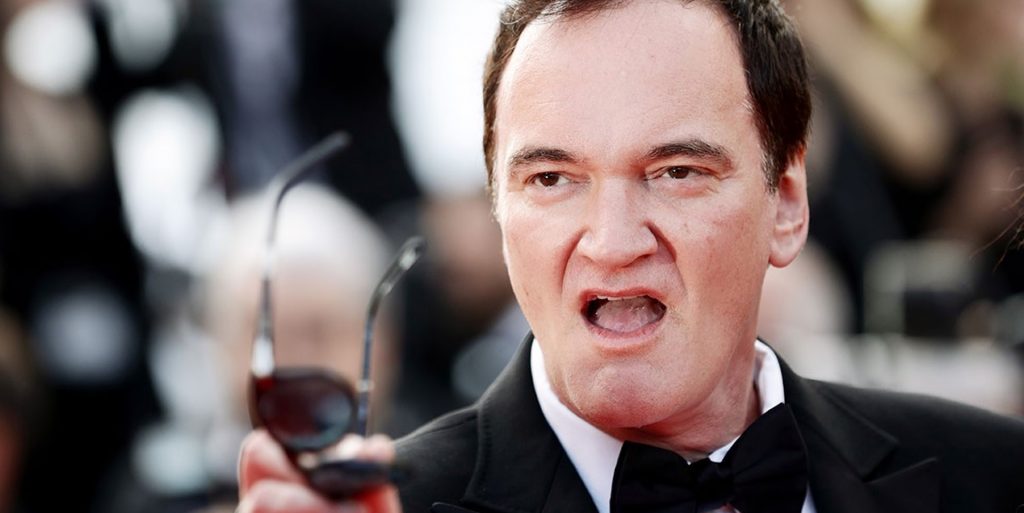 It is not surprising that the most acknowledged directors outside of film circles are also those who carry with them their own mythology: Kubrick the standoffish perfectionist, Coppola the megalomaniac willing to squander his fortune on a film, Scorsese the chronicler of the Italian-American world, Spielberg the prodigy that turns everything he touches to gold… Of course, all of them cultivated a taste for the popular, summarizing that momentum of massiveness with a very high degree of mastery of their trade. But no director worked as meticulously to impose his own myth as Tarantino. His extreme mannerism was always self-conscious, each of his films crying out to be recognized both within a tradition and as an object at the forefront of the industry. What other purpose would there be for numbering his films before announcing the title? Tarantino set out to be the architect of his own canon of autonomous pieces that at the same time are part of a complete universe where all genres are engulfed and regurgitated in the Tarantine tone. Quentin forged his own legend, and in each installment he reminds us that there is only one Tarantino. Whether we like it or not, he designed a set of cultural references that came to mark our lives forever and that he knows what we want. It is a curious case of a man who wanted to be legendary and succeeded, based on talent, originality and determination. Perhaps it is because of that titanic effort that today he incessantly repeats that he is just one movie away from retiring.

Much has been said about Tarantino and his love for cinema, especially for marginal genres which are usually snubbed by scholarly critics, such as exploitation, martial arts films or giallo. I think that appreciation does not do his films justice. Tarantino was never merely a serial compiler or quoter. His loquacious soliloquies were never a tribute or a loan, they are the authorship of an extraordinary screenwriter. Because beyond his obvious visual virtuosity, which includes cranes flying over studio sets or driving through drive-ins to reach trailers, Tarantino is primarily an accomplished screenwriter. Evidence of this is his constant experimentation with the classic structure (from Pulp Fiction to the most recent Once Upon a Time…) and his absolute timing. How many scenes in his filmography are asides or digressions that have nothing to do with the central story? And what does it matter? Such is the filmmaker’s conviction that his characters are fascinating that he even allows himself scenes lasting five or twenty minutes based on a verbal exchange. A great narrator does not need a story; his skills as a dialoguist and his understanding of human archetypes are enough to keep us riveted. In that, Tarantino is very classic: he never renounces the tension, and he is an old-fashioned master in the art of suspense. He gives us the information so we know why the hero is in danger and then throws him into the lion’s den. Then his main charaters, who are always the epitome of cool, can be shot or slaughtered, but the tension lasts until the last moment.

It would be wrong to think that there is only one Tarantino. One of his virtues, which he shares with his friend and contemporary P.T. Anderson, is that he never repeats himself. Yes, there are patterns such as excessive violence, foot fetishism or the almost arbitrary use of texts inserted on the screen or almost accessory voiceovers. But Tarantino has been maturing film by film. He has changed his style more than once. The spark between punk and rockabilly in Reservoir Dogs was followed by the infinite fragmentation and class B refinement in Pulp Fiction, which was followed by an incredibly mature and melancholic film like Jackie Brown, perhaps his most accomplished work together with Once Upon a Time… No spoilers, both films deal with how difficult it is to grow old and realize that life may never be what we want it to be. That we can do this and that we got here, that perhaps we will have to settle and continue as we can, at the risk of being forgotten. I mean, for those who see Tarantino as just a mirror of pop culture, there’s much more to him. The man has something to say beyond his meta-reflections on cinema. And, the more mature he gets, the more he elaborates on those aspects that humanize him, that show him vulnerable. Quentin also fears that it was all in vain, despite the undoubted success of his mythologizing.

No two Tarantinos were ever the same, he said. Perhaps Inglorious Bastards is his most marked turning point, which begins his historical reinventions. It is a true act of genius to allow himself to kill Hitler in a movie theater or to give Django the historic opportunity to take revenge on those who enslaved him right there, at the moment in history when tyrants had their way. Who else would think that cinema can beat the factual history of events whose outcome we all know? Entering these worlds that change the world as we know it, Tarantino also evolved his style. His scenes became longer, he began to experiment with a more theatrical model: long sequences with few cuts, where the relevance relies on the actor and the dramatic development rather than on the montage. What is The Hateful Eight if not a long play in small spaces? Only a storyteller at the peak of his ability has the confidence to focus on the minuscule rather than the big picture. Because it is in that specificity and in that minutiae where Tarantino becomes Tarantino. It is in those furious and unreproductable dialogues where he distances himself from his imitators.

But there is another evolution in Tarantino about which little is said. When he made his appearance in the early 1990s, Quentin set the pace for his time. It was the future, or the new version of the present. He was one step ahead of everyone else. In his last couple of movies Tarantino has focused on past times, I would say intentionally. He is looking more and more to the past, to “better” times. More and more he takes shelter in his imaginary and turns his back on social changes. He has been accused of being conservative, but I think it is more a form of nostalgia, an idealization of past decades where heroes were heroes, sex was sex and stylization was more important than political correctness. There has always been a slightly childlike aspect to Tarantino, the teenager locked in a video store taking in a cinematic view of the world; but a weary and more mature look has been added to that aspect, as if the mythical filmmaker were also a man who sees society changing and feels outside of it (to Harvey Weinstein, his eternal and despicable producer, without a doubt the time has come to pay for perpetuating the vices of the old masculinity). That’s why I suspect he’s so insistent on retirement: Quentin is tired, he feels he is out of style. The sad thing about that announcement is that John Ford was also tired and disenchanted in his later years, and he gave us what are perhaps his best films.

The texts that follow explore that sum of contradictions, self-imposed myths and amalgamated bits of pop culture that build a unique, pregnant and always spectacular world. At the same time that they try to string together the hidden (or not so hidden) thread that unites the nine existing pieces, they reveal what makes each film an absolutely original work, marked by the hand that created it. Is there more than one Tarantino, just as there are three or four versions of the Coen brothers (the period cop, the coarse comedy, the melancholic little movie about intimate worlds)? And if so, how many are there? How do we recognize the different steps of the transition of a filmmaker who went from the pure surface to the depth, expanding on ideas that are there from the beginning of his cinema? And what determines his survival as a total author in a world where screens are full of superheroes, his cult status and his massiveness in a world that advances in an aesthetic and ideological direction so opposed to the cinema that QT makes?

Afterwards, we will delve into the work of the man who built his own legend. There is much to say, a trait that distinguishes good filmmakers. Because, for us to continue that healthy habit of discussing films and analyzing them ad nauseam, we need directors who fascinate us, contradict us, compromise and surprise us. That is, for fans and haters alike, Quentin Tarantino. Long live the mythologizer par excellence, the great storyteller, the man who ate the entire cinema and threw it up in his own version, reinventing history itself in the process. 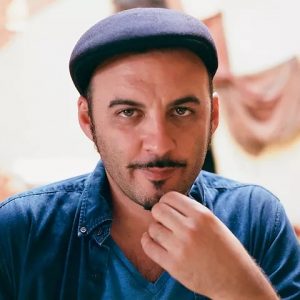