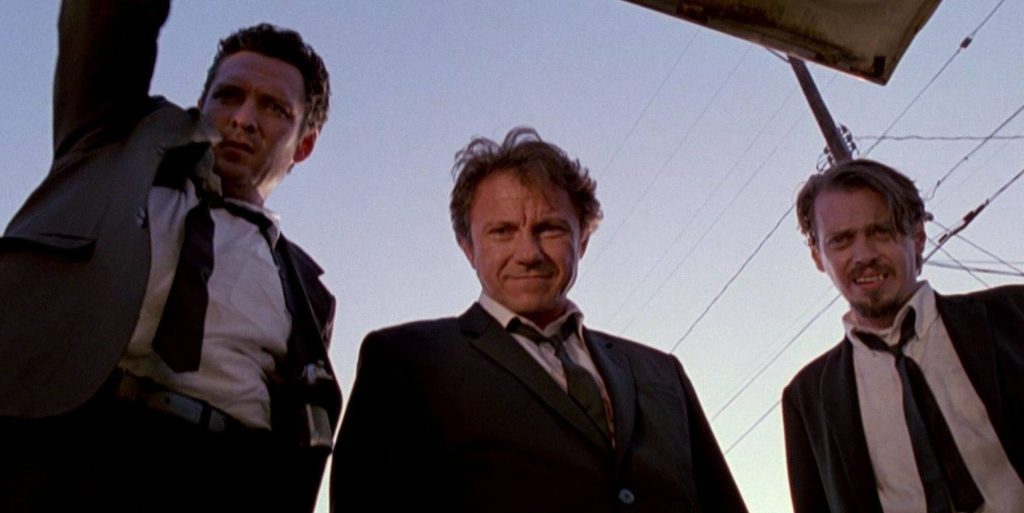 In 1991, with Reservoir Dogs, Tarantino enters the stage in such a convincing and out-of-nowhere manner that you should keep count from an uncomplete hand of those who after seeing the film, and even without bothering, preferred to resist the temptation of catching it on an epigram, and taming it right away. What we all knew is that a very lucky guy got Monte Hellman to produce his directorial debut (let’s leave aside My Best Friend’s Birthday) and Harvey Keitel to star in it. The labels varied a lot. According to the author, the publication or the date, Tarantino was a cinephile from the video store era, different in that aspect from the generation prior to his, educated in movie theaters and with Television, a song selector, a pop semiologist, a new link in the long chain of Catholic Italian-American filmmakers inflated by guilt and testosterone, a post-mo kid, a vacuous talent, a guy sentenced to the grim luck of those who hit it big right off the bat, the triumph of abjection, the death of cinema, its rebirth, a precocious genius, unashamed, a new hope.

The proliferation of labels so brutally contradictorial is the clearest sign that something was going on.

And boy, was something going on.

Almost thirty years later, with Tarantino transformed into a serial maker of masterpieces, Reservoir Dogs bears the weight of the glory that would come and with our deeply rooted tendency to evolutionism and the background check, that forces an important directorial debut (we’ll leave out the usual guests: Rapado, I pugni in tasca, The Bird with the Crystal Plumage) to be either a first draft of the future or a figure in which all is already contained, as quoted by that usual and poisonous praise.

As if it were some kind of order in this absurd world. Like if being an auteur were synonymous to the life-time polishing of an identity and a tombstone.

Having rewatched Reservoir Dogs just a couple of hours ago, and ready to play with the labeling, I would say that in his introduction Tarantino appeared as a twenty-something with too many movies on his system that was capable of writing the most hipster dialogues that night, but also the most tear inducing, the most pathetic, in the non-dishonorable sense of that brilliant word. Time (I reiterate: almost thirty years) polished the rough edges of the back then surprising conversation about Madonna and “Like a Virgin”, turning it as well into part of a series that include not just everything Slavoj Žižek wrote, but also the European burgers in Pulp Fiction, the Superman in Kill Bill and the reading of Top Gun as the story of a man struggling with his homosexuality, as lectured by Tarantino in Sleep With Me (Rory Kelly, 1994), a film made memorable only because of his participation in it.

But, as if they came to make up for the lack of power in the deliberately brilliant dialogues, the other ones, the pathetic ones, that work slower and offer (perhaps on account of that) a bigger resistance to time sound better than ever. It’s not the narrative structure, that comes and goes over time, or the cut off ear, or the soundtrack what keeps everything standing to this very day. Not even the extraordinary sequence of the marijuana in the bathroom, a movie all by itself, with its script, its rehearsals and its mise-en-scene. What keeps on vibrating any screen that plays or projects Reservoir Dogs is the simplest thing it has: its mythical masculine matrix. There is love between these guys that kill without breaking a sweat and speak ill of women, black people and jewish people. It’s enough to think how Nice Guy Eddie (Chris Penn) fools around with his big buddy, Mr. Blonde (Michael Madsen), and especially in how Mr. White (Harvey Keitel, with the final suffering of a sad angry dog) protects Mr. Orange (Tim Roth), whom he barely knows. Mr. White follows a code. He’s from the old school. “That bullet in his belly is my fault. Now while that might not mean jack shit to you, it means a helluva lot to me.”, he says at one moment to Mr. Pink (Steve Buscemi), a technocrat that in the opening sequence at the coffee shop doesn’t want to tip the waitress and later at the warehouse rants repeatedly about professionalism. Tarantino sheds away any bond he might have to his fellow men aside except that of pure interest. Mr. Pink knows neither gratitude nor guilt. That’s why he’s the only one that survives. Passion comes from the other characters. From Nice Guy Eddie, that doesn’t believe the phony stories about his friend. And from Mr. White, that tends to an agonizing crying Mr. Orange and asks for him to hold him and says, after combing his hair, “Go ahead and be scared, you’ve been brave enough for one day.” 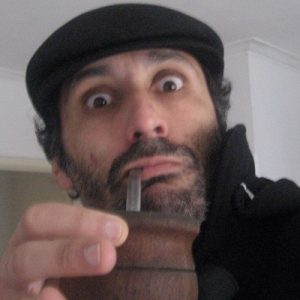