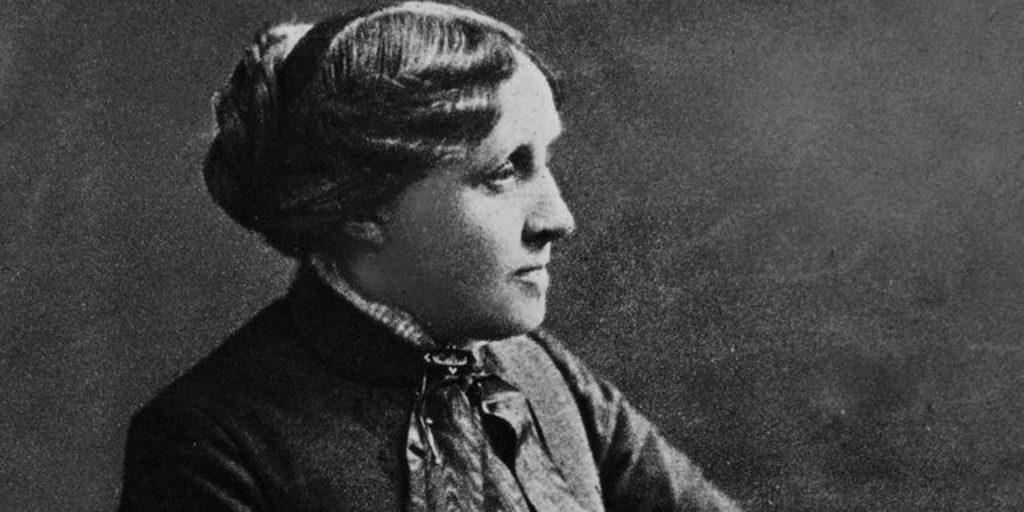 To my friend Alicia, whom also loved “Little Women”

I read Little Women for the first time, I think, when I was ten or twelve years old. Starting from there, I read the novel and its sequels over and over again ––until I was thirteen, I believe–– uninterruptedly. There was something about the universe Louisa May Alcott builds in her narrative that kept me captured and called to me over and over again to go through her pages, even though I knew from memory each and every one of the episodes. Now, with some distance, I think I remember having my favorite chapters and sometimes I allowed myself ––like if it was some kind of shortcoming–– to go straight to the lecture of those moments that gave me deep pleasure.

Perhaps, the best way to explain this sensation is by revealing a secret, something absolutely personal, something I never told anyone.

Around that same time I saw the film Somewhere in Time (1980, Jeannot Szwarc) on TV. Christopher Reeve portrays Richard Collier, a playwright living in 1980, who falls in love, through a photograph, with an actress who lived her time of splendor in 1912. The film is, seen now and with some distance, an unbearable piece of cotton candy, although with some ideas we can take away from. Especially, if we read between the lines, we might even bet that James Cameron corrects with Titanic almost all the mistakes made by this 1980 film by replacing the old hotel where the characters are with the ill-fated ship.

The film tells the story about the writer’s desperate obsession for his impossible love. In his search to sort around the abyss of time, he discovers he can travel to 1912 thanks to the advice of a “scientist” who explains to him that in reality the possibility of time travel is a matter of faith. This explanation is one of the most beautiful situations in the film. So, the writer locks himself in the hotel room where he is supposed to find the woman, dressed adequately for the time period he desires to travel and deprived of any item referred to the present. Lying down and with his eyes closed, he sets up some sort of ritual, where he repeats to himself almost like a prayer that he is in this or that date of 1912… it is said time and time again until faith awakens in his soul. But that is the story of Somewhere in Time.

That desire to exist in some other time and some other place; that fantasy of being able to live in that other longed-for world, was the same that resided within my soul everytime I read Little Women. And then, within my eleven-year-old head, a lightbulb went on with an idea: that if I repeated the ritual that writer Richard Collier performed in the film, I perhaps could become Jo March, ever so briefly.

I’m going to confess that during a silent afternoon I locked myself in my room and repeated “I’m Jo March, I live in Concord in 1861” like it was a mantra. Richard Collier travelled through time and finally met with his beloved. I took shelter, once again, in Alcott’s novel because I understood that time travel, the way of being there, the way of being Jo, was to read again those adored pages, choosing to jump from time to time to those chapters I liked the most.

To primarily address Little Women from this time travelling possibility is not casual, if we think that the complete novel and its sequel go back over and over again to the idea of passage. It is said about Little Women that it is a coming-of-age novel, and we can say it is so. If time travel is a way of passage for the character of that film and for that child I once was; then the little women in the novel somehow fulfill that time experience, that rite of passage, since they start out as girls and end up being women.

This idea of the rite of passage is installed from the very beginning in the novel and it is projected towards the ending. A year passes by since the first chapter until the last one, from Christmas 1861 ––approximate dates, since the author never says precisely on which year the story takes place–– until the next Christmas in 1862.

Each one of them has to confront their own demons. Everyday, earthly, concrete demons, but also demons from within. Those demons, that is, are not beings with horns, but characters and circumstances, feelings that put the girls in situations bordering on tragedy. Is this limit that gradually takes them to a phase in their souls that collaborates with that maturity, with that passage. That confrontation, that process of maturation, transforms gradually into rite and symbol.

The author has her characters following the reading of a novel, The Pilgrim’s Progress (1675) by John Bunyan, an English protestant priest, who through his terribly allegorical novel recreates a puritanical morale, in keeping with the liberal society of those times.

That decision is, at least, problematic. While literal and moralistic figures appear in Bunyan’s novel, Louisa May Alcott settles the score with the author by turning the puritanical moral allegory, by way of a novel, once again into something symbolic. That is that the four sisters acquire the form of that pilgrim, but while in Bunyan’s novel everything happens in an arbitrarily invented world, with demons called “Despair” and “Doubts”, in Little Women such emotions are put into the scene by way of the conflicts of each character.

Beyond this settling of the score, or placement in order, what is fundamental is to understand that each one of the trials the March sisters have to go through is linked to some form of rite of passage, a test they must pass to confirm which is their place in the world, and what is their destiny.

Once again we are going to resort to cinema. There are several feature film adaptations of Little Women; the most beautiful of them is perhaps the one released in 1933, directed by George Cukor; even with the exalted performance of Katherine Hepburn as Jo. What is true is that in each one of them there is a handful of unavoidable scenes. In such way we have Amy’s difficult time at School, with an evil teacher that ends up punishing her over some candy; Meg envying dresses and rings at a Concord’s high society ball; Beth getting mortally ill; and Jo finding her femininity, after selling her precious hair to financially help the family.

To go through each and every one of these moments is part of book’s reading. It is those trials that the sisters go through that invite us to inhabit that world ––and that diegesis–– over and over again. It is because of that we need to go through Meg’s, Jo’s, Beth’s and Amy’s passions time and time again and once the sisters pass those trials –– in the way a mythical hero would–– we understand that both them and their readers perform that rite if initiation to finally reach that maturity, that is not just physical and literal, but spiritual as well. We are talking about a condition of the soul, which is renewed and reborn for them to stop being girls ––in part–– and start to become women.

And if we all wanted to be Jo and no one else, is because she is, primarily, or so it seems, the one seeking to break free of this puritanical structure they live in. Jo, who wants to be a boy, who says she will never marry and is going to be a spinster, finds true love ––in the sequel known as Good Wives–– in the form of a German professor, slightly older than she is. Thanks to Professor Bhaer, Jo discovers that male and female are complemented, not just because of physiological matters, but because souls also look for each other and find each other as mates. It is thanks to this humble professor that Jo writes her finest book, one that perhaps gives closure to the idea of rite of passage.

It is true that Jo is the intense character, the passionate character, the one that motivates a great deal of the main actions in the novel. However, it is Beth the one making the biggest transition; since her illness leads her to death, and it is that passage ––which she does not fear–– the one completing Jo’s understanding of the place each one of the sisters occupy in the plot. In that sense is worth to point out two very beautiful moments in Cukor’s film: the first is during Beth’s illness. Jo, full with sadness and fear, hides in her attic ––the hallowed place where she writes–– and prays, asking God to save her sister. Beth is saved that first time, but later, her deteriorated health will lead her indefectibly to her demise.

This leads us to the second moment. Beth’s death makes way to the reunion of the sisters that have lived apart for several months. Jo, happy with the reunion, stands aside for a minute to talk with Beth and, looking to the sky, shows her sister that despite everything they are together again. Because, in the end, the four sisters, who were once girls and now are women, now know their strength exists because they are accompanied by their sisters. They know they can be good wives, mothers, teachers, writers because they will always be accompanied by those other three.

In such a way, going from the personal to the universal; from the village to the world; from time to time; from Christmas to Christmas; from literature to film; we know that thanks to Little Women, thanks to the four March sisters we have a guide, a form of passage; a rite of initiation willing to begin when Jo says “Christmas won’t be Christmas without presents…” 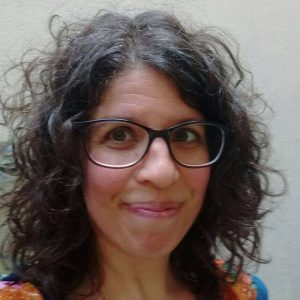 Ver críticas
PrevAnterior#ASLVIRALIZED | Introduction
SiguienteWhat Can Be Watched in Qubit? | Seeing You AgainNext