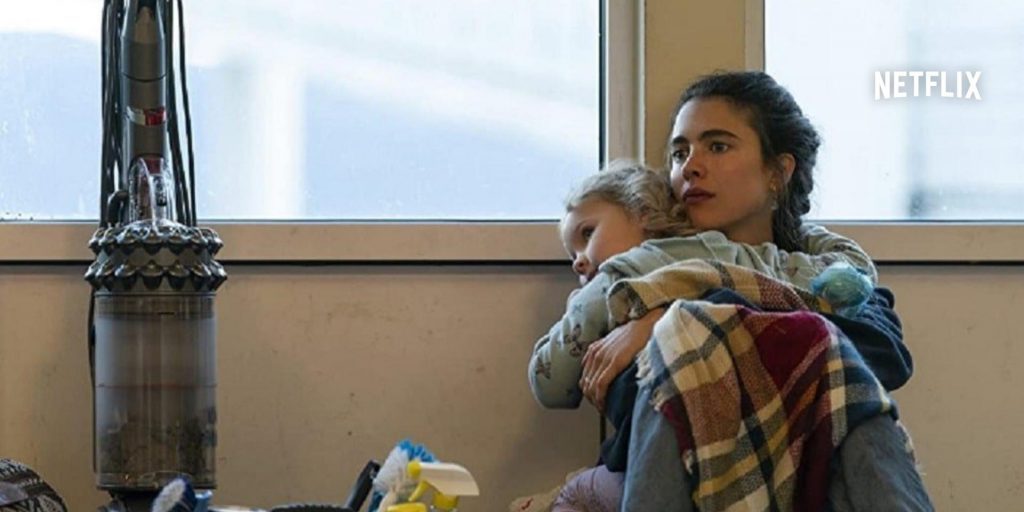 NOT ALL THAT GLITTERS IS GOLD

Maid or Las cosas por limpiar (Things to clean), as it is known on Latin Netflix, is a ten-episode series that has been in the top ten of the most watched in Argentina and the world since its premiere a few months ago. Being in that top ten does not always predict a good product, but staying in it can be a fact that ensures something interesting.

This may be the case with Maid. Apparently they didn’t want to name her Mucama, a literal translation of Maid. In Spain they were able to soften the negative connotation of the word and be more akin to the original title by calling it La asistenta. Las cosas por limpiar alludes in a somewhat crude metaphorical way, to the things and people that Alex (Margaret Qualley), the protagonist, must clean to move forward in her life.

Alex is a young woman who leaves her partner after a violent argument at dawn, taking Maddy, their little daughter. She makes that decision without knowing how she will survive and support her. While she is looking for social help she gets a job at a maid agency that pays by the hour. Her mother (Andie McDowell, the real-life mother of the leading actress) is an artist with personality disorders bordering on the psychiatric and a more wandering life than her daughter’s. She has almost no relationship with her father and in principle she has no one else who can help her. The series describes Alex’s winding path to overcome the adversities of the system, those of her environment and her personal ones.The filmmakers behind it say they were loosely inspired by Stephanie Land’s book Maid: Hard Work, Low Pay and a Mother’s Will to Survive. That patina of history based on real events would seem to be one of the keys to the series´success. We can either believe that everything we see happened or doubt some sugarcoated aspects of Alex’s struggles. That is not something important to clarify since the series conveys truth. There is a connection between the characters, there is genuine annoyance in facing the bureaucratic system of the complex social services that Alex needs. We feel the paradox that implies looking for a job to be able to access social assistance that improves the conditions of raising her daughter and not having someone to take care of her when she gets that job. We could describe the plot, count all the virtues of the protagonist, praise the performances (especially that of Maddy, the little actress who plays the girl). There is no doubt that the series is captivating and uses ingenious resources to portray Alex’s situation. The way in which they show us how the few dollars she has are being diluted is very graphic. The series has been celebrated as feminist and as an excellent portrayal of the different forms of personal and system abuse that a poor mother can endure.

In any case, the series allows a less linear reading. It is in this aspect that I would like to stop, since it has been little broached in the published reviews, which, following the sign of the times, do not dare to question the heroine with defects that the story builds.

Maddy’s father and Alex’s partner, Sean (Nick Robinson), does not exercise physical violence on them, he is an alcoholic and the son of addicts, he is controlling, possessive, chauvinistic in handling money. He did not want to have that baby, but once he becomes a father he does the best he can and is affectionate with his daughter. When he learns that he has been abandoned, he fights judicially to recover the girl and never prevents her mother from seeing her. He makes many mistakes, and so  does his wife. The series shows him weak and human, but he gloats in the emotional abuse he inflicts on her. It is evident that Alex, despite that relationship, has many more tools to get out of hell than, just by observing that he lives in a trailer, we can imagine. Alex writes and that elevates her above the rest. In fact, the royal star cleaned houses and studied creative writing, later publishing a best-selling book about her experience. Far from being a victim, Alex has one goal: to take care of her daughter and fulfill her dream of going to college. She achieves it based on perseverance and personal effort but also with the help of Sean, who is present in their lives and tries to be a better person to preserve her family. They move back in together, trying to mend the bond, and Alex, without telling him about her,  reapplies to the university that she had to drop out of when she got pregnant. Fortuitously Sean finds out and freaks out. His daughter is going to go live in another state and he didn’t know about it. His first reaction is to stop that from happening and he goes back to being a despicable person to do it. He finally learns, understands and changes.

So Sean, from our point of view, becomes the true hero of this story; he is someone who can see past his education and upbringing. That he learns from his mistakes, that he sets aside his interests and recognizes that he is sick. He agrees to give that daughter a better future even though that means not seeing her on a daily basis. The series has the virtue of showing that man with nuances, of not constructing him as a villain, but it fails to notice that its heroine makes him invisible and somehow humiliates him as he has done with her. Not all women are victims, many of us are the architects of our own destiny. One day I hope for a fiction that not only celebrates the strength of women to achieve what they set out to do, but at the same time recognizes that on that path they also mess with the lives of others. 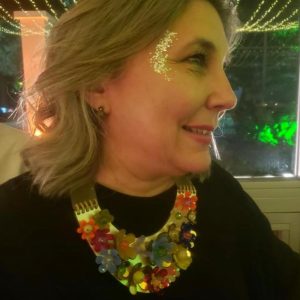