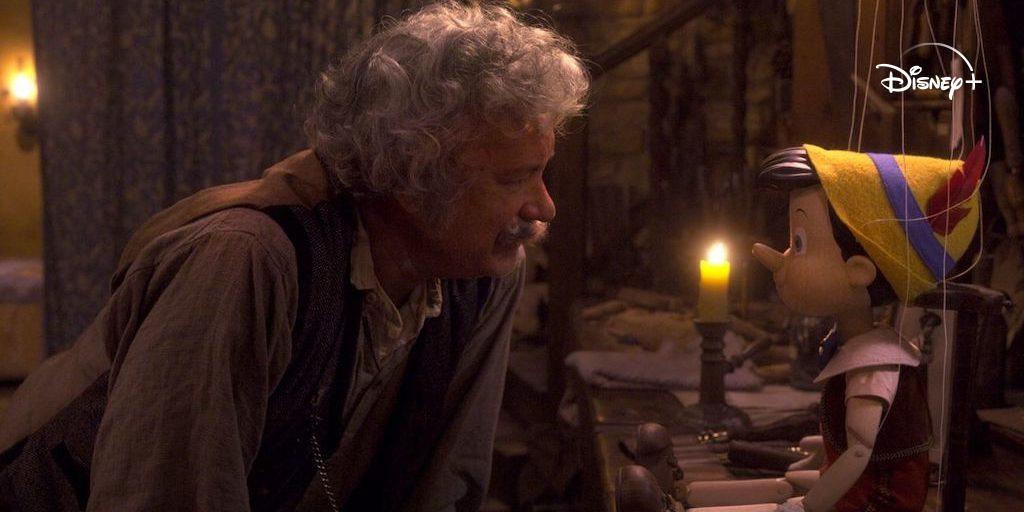 Pinocchio, the 1940 Disney film, is one of the great masterpieces of cinema. Technically, it took the possibilities of the cartoon to totally insane levels. At precisely minute 27, a sequence shot begins that should be taught more than the one in Touch of Evil. A bell rings, a dove flies out of focus; the camera descends and goes through several streets of a town full of adults and children who are playing and getting ready to go to school until the camera stops at Gepetto’s door. That shot includes about thirty characters, the camera never cuts. But in reality the “camera” doesn’t move (well, a bit, but it would be burdensome to explain it), the characters are carefully drawn (to the point that you can see the sequence many times and will always find a new detail) and it introduces us to a world. Before, at the beginning, Jiminy Cricket begins to narrate the story, which he chooses from a book that he himself tries to read. Hardly afterwards, he himself in subjective camera (we know it’s him because the camera “jumps”) takes us to Gepetto’s workshop. Much later, the transformation of the boy into a donkey, with the use of off-screen taken directly from German horror cinema and his son, the one from Universal, is disturbing. The attack of the Monster Whale is a technical gem: nothing is more difficult than animating a huge mass and making the characters small without losing proportion.

It can be said that we only talk about technique, but it isn’t so. Pinocchio is a logical continuation of Snow White, already technically amazing (much more, in proportion, than Star Wars in the 70s or Avatar in 2009) because it complements it: if that was the girl’s education as a mother; this is the education of the child as a parent. If she is seen as the solid stone that supports the home “from within”, Pinocchio is the formation of the one who holds the moral order of the family “from the outside”. It is true, these are conceptions that are almost outdated today, but Disney spoke of the family institution when the Great Depression had damaged it in a very painful way. In any case, Pinocchio is also a great adventure film and a great fantasy film. And something else: the real protagonist is Jiminy Cricket. Jiminy Cricket, by the way, is only seen by a few characters: the Blue Fairy, Pinocchio, the Cat and the boy who turns into a donkey. No one else. Watch it again. The question is simple: as Jiminy Cricket tells a story that perhaps is nothing more than that, and as he is also a “magical” and animal being, Pinocchio’s conscience (something internal that fiction makes “visible”) cannot be seen by the “real world”. Jiminy Cricket recounts the passage from amorality to moral possibility. There is also an unwritten but always respected rule at Disney: talking animals only talk to each other or to “enchanted” humans, not in a “normal” state. Because Disney’s background has always been realism. Each vision of Pinocchio reveals new layers (of drawing, of creativity, of ideas) even if much of what we see is in the original novel.

Pinocchio, the 2022 LA Disney film, is one of the worst things that has been done in the name of cinema lately. Technically, at times it is even precarious, with some special effects or combination of lights that show a certain haste to finish it. The minutes feel like hours, by the way, and it starts with a goofy sequence shot that ruins the original’s use of the POV camera. The number of characters is rather restricted, and they all have “their moment” in an episodic way, something that although it is similar to the original, here appears much less integrated. It shows that Robert Zemeckis understood why Jiminy Cricket plays in the original with the book (to underline the degree of “fiction” of everything and sustain the realistic illusion) but translates it into a fourth wall breaking game that means nothing more than a repeated bad joke. The Monster Whale’s attack is the only time that the “old Zemeckis”, a specialist in twisting physical actions to absurdity without making mistakes (remember the ending of Roger Rabbit) tries to appear. It’s not very inspired, save for turning Pinocchio into a superhero with super-speed legs (which would have been a great find in a Warner short, paradoxically).

They can say that we talk about technique, and we do. Because this version of actors plus CGI is a technical show whose novelty has been extinguished for too long. None of this amazes us for the sake of it anymore, and Disney’s translation of its brilliant, impressive, incredible drawing classics into this lazy form of digital design not only destroys the memory of the originals, but adds absolutely nothing to cinema (something that Snow White, Pinocchio, Fantasia, Dumbo and Bambi did, its first five and historic feature films). Well, they do add something.

One of the great farces of this film is the Blue Fairy. It’s true: why couldn’t she be a bald African-American woman if she is, after all, a fairy? Enough with her being blue (actually blue, dressed in blue, like the blue sea). But there is a tiny problem. Tom Hanks (who really does what he can) is designed exactly like the Gepetto from the original movie. Jiminy Cricket is designed in the spitting image (and, mind you, colors) of Jiminy Cricket from the original movie. Pinocchio is a 3D, wood-grained version of Pinocchio from the original film that the original barely had. Same process for Figaro the cat and Cleo the fish. Same design, same colors. There are some licenses with the Coachman, but not with the other characters. Except for the Blue Fairy, who in the original is white-skinned and perfectly blonde-yellow.

That is to say: Disney’s business in these cases is to achieve a facsimile with flesh and blood actors (although we already know, more or less) and also wash away the blame regarding the ideology (in the broadest possible sense) of the original films. Nothing to do with art, of course. So, in order for the imbecile indignity that surrounds us does not protest (or because a group of executives, fearful hostages of the indignocrats who could boycott their hypermillion-dollar productions with arguments from SalitaMarron, do not want to lose their Nespresso capsules), the least similar to the icon that, in the imaginary of the original film and also of Carlo Collodi’s double novel, may appear. Is it a bad decision? We already said it, anything can be a fairy. But as a simple staging choice, when everything looks like the cartoon movie, the fact that the fairy is radically (the term has the greatest relevance) different simply breaks the plausibility.

D: Come back, Benigni, we forgive you

Let’s set aside some jokes that also “break” the illusion (Gepetto saying “All that happened to you in a single day?” recalling a certain lability in that sense of the script of the 1940 film) and that we can tell it is designed for cinemas with 3D due to the number of movements in pipes, caves, open seas, air, etc., it has. Pinocchio is the complete opposite of what Disney did in his life: a sobering and underlined fable whose design is commanded by the need to point a finger at a truth. And by the way it achieves the feat of being the most boring version of the story ever filmed, by the studio that boycotted Roberto Benigni’s more than interesting “integral” (I’m praising Benigni, people, you see what this disaster has come to!). This Pinocchio will never be a real film: it is just a wooden film. 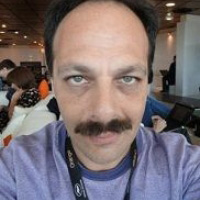