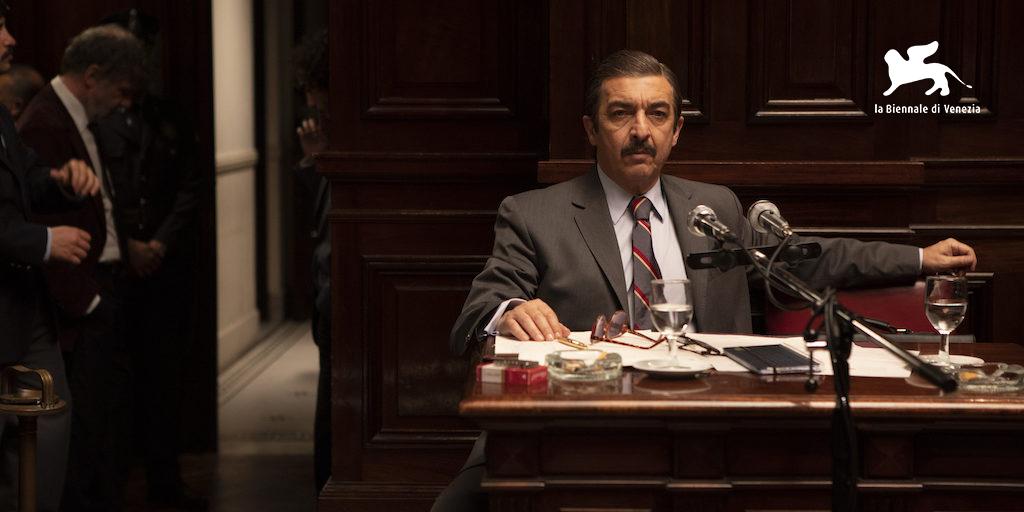 It is convenient, right off the start, to frame Argentina, 1985 as one of those works whose form and substance are way different than the tailor-made expectations awakened from it, taking into account the trajectory established so far by its director, Santiago Mitre, and his co-screenwriter, Mariano Llinás. This film is so far removed from any pre-fixated idea of political cinema ––or the filmography about recovering the memory of the military dictatorship, its aberrations or its abscesses–– that disorients and shows itself as a reinvented function. Imagine taking this into consideration when the clearest reference of the path being walked by Mitre and Llinás is that of Frank Capra.

And it is that the surprise ––and we even might say a certain yet daring move–– comes from the fact that a story of such a grave framing, that speaks about a time, a process and a figure with which Argentina gambled the strengthening or the downfall of its newborn democracy, is articulated from a cinematic language of an open classicism that we might agree to label as Hollywood-like. And in that category, production values up to the challenge come into play.

I want to make clear that this is an open praise for this risky decision. Because the framework, the dramatic development and the escape ways towards humor are taken from these narrative structures that also understood historic or ideological re-arming cinema as a vehicle transmitting emotions, not through a thesis or the gathering of memory data, but situations that take some materials from the courtroom drama sub-genre. And others are imbibed with an idealism that serves the trial of the nine key responsible parties of the Military Junta as an adventure.

And about the epic generating a figure on which Argentina, 1985 builds an interesting reflection on the civic hero, without giving in to arrogance or sacralization. It is not casual that the first images that introduce Julio César Strassera, the attorney that brought forward this process and incarnate with all the features of an adventurous Ricardo Darín, are produced while he obsessively listens to Tannhauser, in a evidently wicked wink, because nothing could be further from the Wagnerian opulence than the portrait the film offers of Strassera, that is, as an essential Capraesque character, as taken from Mr. Smith Goes to Washington. Imagine Gian Maria Volonté ––a solemn totem of the European political cinema of the latter half of the 20th century–– rather than Darín and the symphony would be funerary.

Right away, the script, with a sinuosity of a bachiana by Heitor Villa-Lobos, takes us to the origins of that salvage operation for the argentine democracy after the withdrawal of the Military Justice. And is neither accidental that while we see how, in a closing climate, Strassera has no other choice than depend on a brat-pack of youngsters fresh out of Law School, one of them has a Los Abuelos de la Nada song as his favorite. There you have them, grandpa’s quixotic gang, or el loco Strassera and his boys, comparable to the birth of that squad of idealistic outsiders we saw in The Untouchables.

Because Argentina, 1985 is an honest spectacle of the emotions. Everything is possible ––plain and simple idealism once again–– when a kid, the attorney’s young son, becomes a non-anecdotal part of his team, as a spy between lollipops. Hence its reach to the average audience, with even three standing ovations at the press screening of the Venice Film Festival, acclaiming climactic moments such as Strassera’s closing argument concluding with the now universal Nunca Más (Never Again). This announces a long passage.

The screenplay magnificently measures the necessary account of the ravages by the Military Junta centering it on the testimonies of several of the victims and interspersing it with archive material. The shortage of real images of this Nuremberg trial of the Argentinian genocide is shocking, which, keeping in mind the tension in the ambiance shaking the country, did not get televised.

And duly noted down the road are displays of wit such as a gag about the trials by fire of Peronist fidelity and the memory of journalist Bernardo Neustadt, and his TV show Tiempo Nuevo, as “the dictatorship’s minister of propaganda” as Strassera labels it.

Argentina, 1985 will do a lot to put into value out in the world what was an exit out of the dictatorship that didn’t come without a price for those who made it happen. Then ––we already know–– the political situation of the prisoners got tangled out of proportion. But that is another story ––somber, miserable–– that does not fit in the optimism of the will aced by Mitre and Llinás, whose courage is not only supposed. It is convenient not to forget that the former is the auteur of that formidable piece that disassembles the inner workings of power and its Mephistophelian shadows titled The Student.

Now was the time for those Abuelos de la Nada of that plaintiff team of attorneys to sing the Himno de mi Corazon (Anthem of my Heart), so Argentina ––for once–– could celebrate itself. 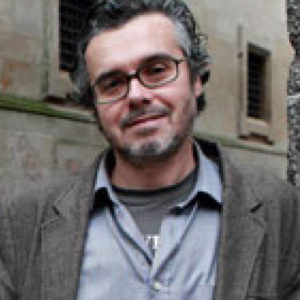